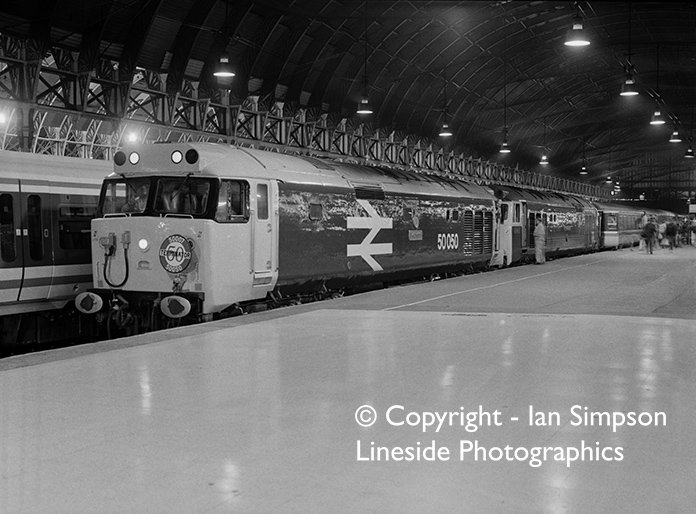 Hoovers at Paddington after a 600-mile Railtour

On 24th March 1994, Class 50s 50007 ‘Sir Edward Elgar’ and 50050 ‘Fearless’ hauled the Pathfinders Tours ‘The 50 Terminator’ from London Waterloo station to Yeovil, then on to Exeter St. Davids. From there the train made its way to Penzance before returning to London Paddington station via Exeter and Westbury.

The railtour was the last Class 50 hauled train on British Rail, and it saw them travel over the routes which were the last ones that saw regular Class 50 haulage at the end of their operational time BR.

The outward leg saw them travel from London Waterloo to Exeter St. Davids via Salisbury and Yeovil. After running round the coaching stock the locomotives then worked the train to Penzance where the locomotives were re-fuelled. They then took the train from Penzance to London Paddington via Newbury; arriving back in London a little before midnight. The mileage travelled was close to 600 miles, not bad if you were a ‘Hoover’ basher!

Both 50007 and 50050 are now preserved, and registered for mainline running. This photograph will be added to the Railtours collection soon to be uploaded to the Lineside Photographics website

It all started in the North West 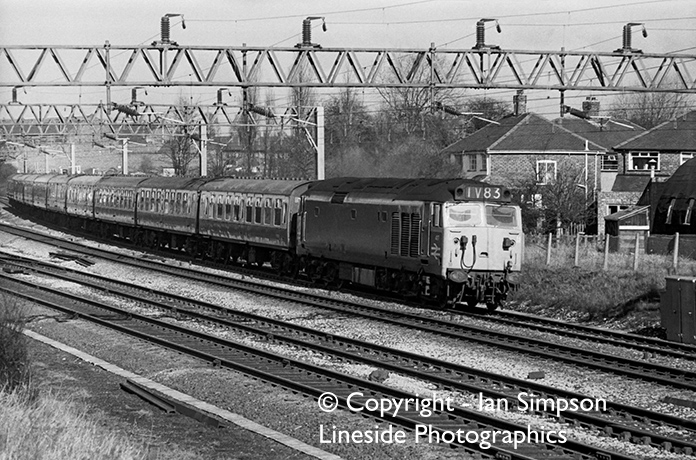 English Electric built Type 5 417 (later 50017) has just passed Mossley Hill on the outskirts of Liverpool with the 11:00 1V83 Liverpool Lime Street to Plymouth service some time in the early 1970s.

When introduced in the late 1960s the Class 50s were used as temporarily to haul services over the non-electrified lines during the electrification of the route north from Crewe to Glasgow. Once the electrification work was completed in 1974 the locomotives were introduced on the Great Western routes from Paddington, themselves ousting the Diesel Hydraulic ‘Westerns’ by 1977.

The introduction of the High Speed Trains to the Great Western saw some of the Class 50s moved to work the London Waterloo to Salisbury and Exeter services, as well as to some of the Birmingham and Oxford services from Paddington.

Due to reliability issues the class were refurbished at Doncaster works between 1979 the 1984. Withdrawal came some ten years after this work was completed, although 18 of the original total of 50 locomotives were preserved.