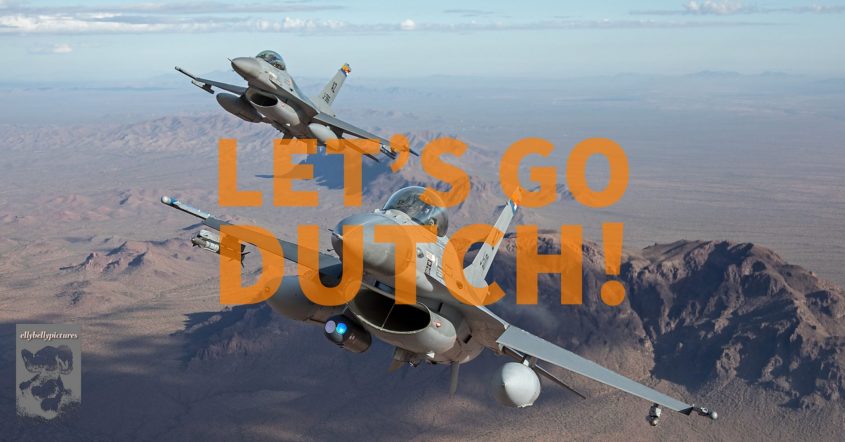 In November 2017, our aviation photographer John Stiles visited the West Coast of the United States with a COAP (Centre of Aviation Photography) visit to a number of airfields and aviation sites. A few days were spent with Dutch pilots who train with the 148th Fighter Squadron based in Tucson, Arizona.

The Royal Netherlands Air Force aren’t blessed with the best climate to train their pilots, so it has relied on partnerships with other air forces to provide a base suitable for training pilots all-year round. The most obvious place is the desert areas of the United States; and so, the current training partner is the Arizona Air National Guard’s (AZ ANG) 162nd Fighter Wing based opposite the commercial terminal at Tucson International Airport. Tuscon lies in the Sonoran Desert and is surrounded by a number of mountain ranges that provide an environment perfect for training pilots in various combat scenarios that mimic their most likely theatre of combat operations.

The 148th Fighter Squadron currently hosts the traininee F-16 pilots from the Royal Netherlands Air Force. The 148th FS flies ten F-16 aircraft; five F-16AM single-seat fighters and five F-16BM twin-seat fighters all owned and operated by the Dutch Air Force. All aircraft within the training wing are identical to those aircraft flown by the 306 and 322 Squardrons back in Holland, and any modifcations are immediately made to the US-based aircraft so that pilots do not need to undergo any further training when they move to an opeartional squadron back home.

If you would like receive updates when new photographs are available then please subscribe to our blog using the facility on the right of this page.